Full speed ahead: it pays to protect the environment

A container ship consumes an average of approx. 50 tons heavy fuel oil for each day at sea, depending on the ship's size, load, and how it is operated. Proportional amounts of carbon dioxide, sulfur dioxide, nitrogen oxides, and soot are released out at sea through the stack. The alternative is to invest in exhaust gas cleaning as well as in reliable exhaust gas measuring technology and monitoring systems. It is even an investment where it is possible to make money. Ship engines can cost-effectively be run on heavy fuel oil in emission control areas using modern exhaust gas cleaning and MARSIC ship emissions measuring devices. Operating costs can be significantly reduced and this money invested in environmental protection pays off in as little as 12 to 18 months, according to a study by Germanischer Lloyd. 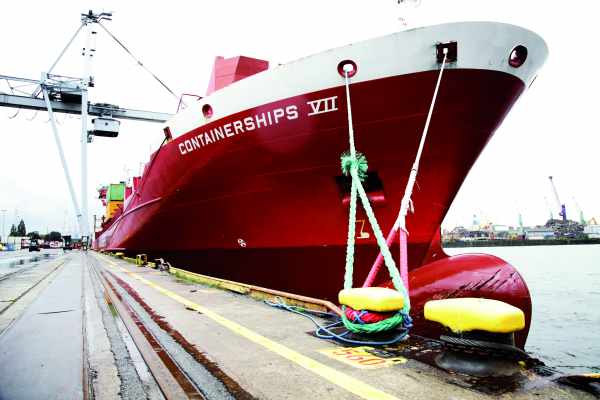 Practically all of the world's trade is done via container ships, bulkers and tankers. Along with passenger ships, around 54,000 ships sail the oceans and around 3,500 more are added every year. It is therefore all the more surprising that the maritime regulations are not as strict as the ones in force on our roads. The sulfur content in marine fuel is allowed to be up to 3.5 percent on the high seas - 3,500 times higher than the diesel used in trucks. This is set to change by 2020 at the latest, as the sulfur content will then be limited to 0.5 percent worldwide. In the Emission Control Areas (ECA), even stricter pollutant regulations are applied since 2015, when the sulfur content is restricted to 0.1 percent. The focus remains on maritime emissions  - with new ECAs from China to the Mediterranean. It is only with regard to CO2 emissions for transported goods that marine transport can boast a relatively good record compared to rail, road, or air transport. 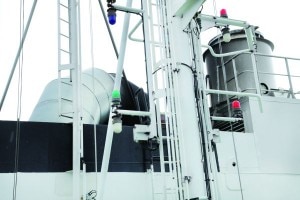 The engineers in the engine room are now also environmental officers. Large ships even employ people specifically to take on this role. They monitor the exhaust gas values and the performance of the scrubbers - large showers where all exhaust gases pass through. SICK devices continuously monitor the concentration of pollutants: SO2, CO2, NO, and NO2 upstream of the scrubber, and SO2 and CO2 downstream - always to a high level of accuracy in parts per million (ppm). High temperatures, stormy seas, and permanent ship vibrations do not compromise the measurement accuracy of the MARSIC ship emission measuring device. The prescribed emissions values can be observed and documented in line with the requirements - for ports or emission control areas (ECAs), even during the transition phase from heavy fuel oil to low-sulfur marine diesel. These measured values also help to optimize denitrification and desulfurization processes. Ultimately, the exhaust gas must have the same concentrations as if the ship engine has burned low pollutant fuel. Even the chief benefits from the proven SICK technology and can observe sand optimize combustion processes of ship engines. In addition to the compulsory gases, the MARSIC can be expanded to measure additional gases - up to a maximum of 9 components as well as oxygen. When low-sulfur natural gas is used as the fuel in marine applications, the analyzer is able to reliably measure methane slip in the exhaust gas - quantities that are lost to the combustion process and are also regarded as greenhouse gases. If the exhaust gas is to be cleaned later on using a catalytic converter, this is also not a problem for SICK products. The MARSIC measures the NH3 with ease to control the amount of ammonia or urea injected. SICK offers two versions of MARSIC. MARSIC200 impresses by its modular housing concept and proven cold-extractive technology to verify emissions. MARSIC300 is available as a compact complete system available with hot-extractive technology for process gas and emission monitoring. Both designed to be used on ships they boast extremely straightforward maintenance, and modules that are easy to replace. Best of all: MARSIC300 does not need expensive calibration gases thanks to its certified internal calibration filter. That saves moy and handling time. 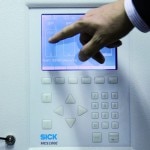 To maintain high levels of operational safety, SICK has service employees stationed in over 80 countries. Maintenance, spare parts supply, and remote service via the SICK Meeting Point Router are quickly close at hand. In addition to measuring gases, SICK is also an expert in particle measurement on ships, measuring volume flow in exhaust gas ducts, and taking highly precise flow measurements concerning the consumption of natural gas. SICK offers a broad portfolio consisting of a whole host of technologies for an exceptionally wide range of measuring solutions. 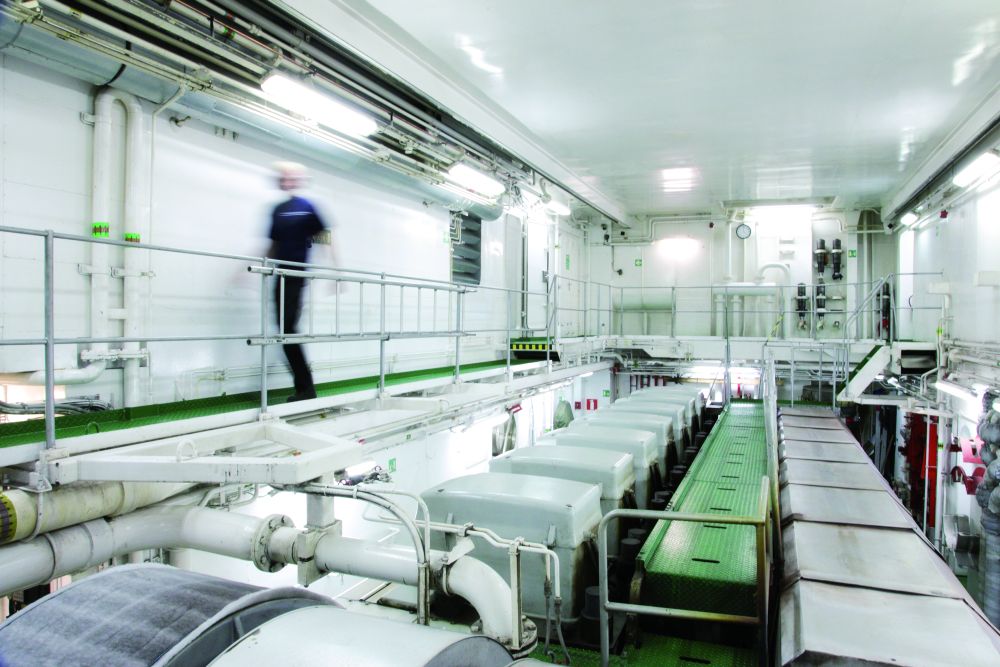 A considered approach to environmental protection

Protecting the environment should not just be a duty. The first advocates of this green wave have already taken to the high seas with their clean approach. And now they are no longer faced with additional charges for not complying with the regulations each time they enter a port. They control and monitor their ships' engines in the interest of energy management. And ensure a sense of wellbeing with low emissions values. The Containerships VII is one of the first container ships that champions clean operation and that fully complies with the environmental documentation requirements. SICK analyzers play a key role here. So what does the team think about the measuring device? Technology is always good when I don't need to spend extra time seeing to it. When we're at sea, we need things to be reliable, explains chief engineer Hyvönnen in his typically Finnish, extremely practical way.     SICK is certified by Germanischer Lloyd (12764-10 HH). MARSIC is type-approved by DNV GL, certificate No. 14097-15 HH and 42334-16 HH as well as by the American Bureau of Shipping (ABS) certificate No. 15-HG1431989-PDA.

Certified for all users