Everything in flux: mobile robots in retail, hygiene or logistics

More and more, autonomous robots are shaping our everyday lives and routines. They mow lawns, vacuum living rooms and clean windows, and can even do this non-stop if needed. But what MetraLabs has in its product range goes far beyond these popular uses: The specialists in mobile service robotics with many years of practical experience offer mobile robots for a wide variety of functions and applications, from inventory robots for retail to disinfection robotics and automated mini-stackers for intralogistics. What all models have in common is that they move safely thanks to safety laser scanners and 2D LiDAR sensors from SICK – this is what’s required for successful services and efficient flows of goods. 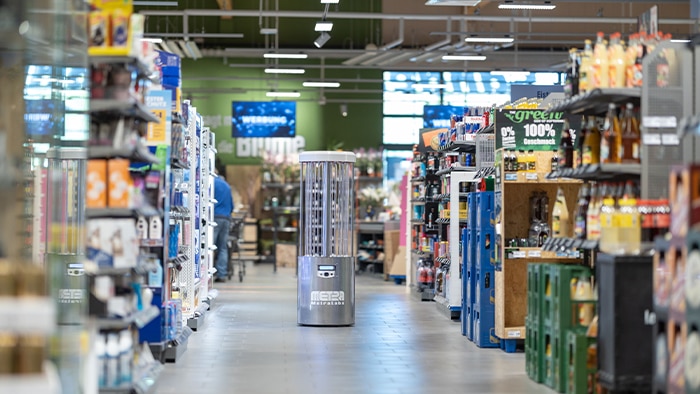 Two and a half times around the world

Since 2007, MetraLabs, based in the German city of Ilmenau, has put more than 300 robots on the market and set them in motion. Put together, they have now traveled more than 100,000 km, which is actually two and a half times around the world. According to Sabrina Greul-Nothnagel, who is responsible for the Industry and Health Care Division, there is a good reason why they have counted on SICK since the beginning: “We’ve had very good experiences with SICK. The quality and technology are very impressive, and there is simply nothing comparable on the market in terms of safety technology.” The best foundation for moving the next kilometers together.

The versatility of mobile robotics – more than just a trend

An example from the world of fashion: Autonomous robot TORY finds its way between racks of clothes in a clothing store all on its own. Once it has been installed and given a map, it carries out automated inventory work with the help of RFID identification and can also be linked to the respective ERP system in order to automatically trigger orders, for example. That alone is absolutely fascinating, but that’s not all – the TORY also works both at night and during the day. Foot traffic, small children and objects such as shopping bags or boxes don’t tire it out. This is made possible by safety laser scanners of the S300 and TiM7xx series. They combine intelligent field evaluation and measurement data output in one device, so they can both record data about the presence of an object in a defined area as well as output exact measurement data of the scanned area. This is important, as it means that the safety laser scanners fulfill two of the most important requirements at the same time, namely safeguarding of the driving movements for personal protection and simultaneous environment perception via non-secure measurement data for vehicle localization. In addition, the compact design of the TiM7xx makes it particularly well-suited for mobile platforms, automated guided vehicles (AGVs) and mobile service robots. 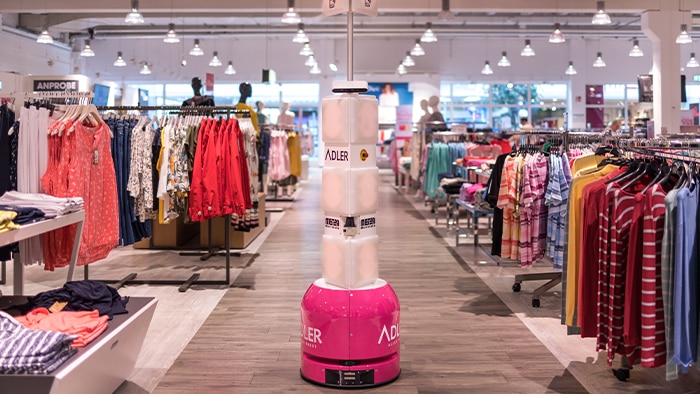 With the strength of an artificial sun – non-stop disinfection

Other applications also show the wide range of tasks performed by mobile robotics. Disinfection robots have recently become the center of attention, and they will rightly stay there, even when the currently crucial need no longer exists. Hygiene and disinfection requirements go far beyond the health sector. Mobile robots like the STERYBOT from MetraLabs make use of the principle of solar radiation. With the help of short-wave UV-C radiation, up to 99.99% of all viruses and bacteria are eliminated, while sensitive surfaces and medical equipment remain unharmed. The disinfection robot moves through the operating environment completely independently – and this, too, only works with the help of the safety laser scanners. The integrated functional safety and navigation software optimized over tens of thousands of kilometers ensure reliable orientation and avoidance of people and obstacles. This ability to freely navigate is what makes the high disinfection rate and thus the efficiency of the entire system possible in the first place when compared to robots that follow predefined routes. In addition to surface disinfection in hospitals and doctors’ offices, UV disinfection can also be used just as effectively for disinfecting supermarkets, shopping centers, hotels, offices, schools or manufacturing facilities – a sunny outlook indeed. 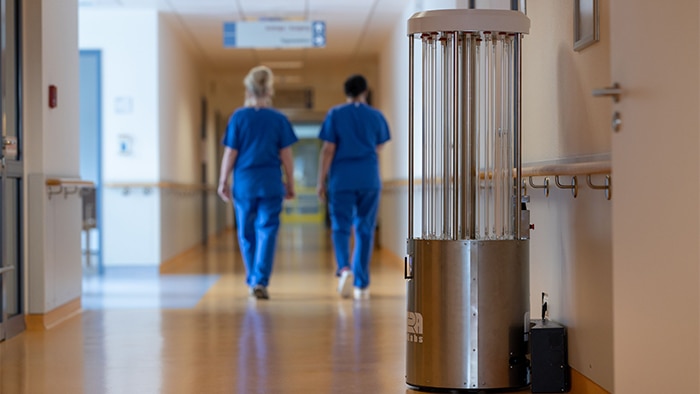 And when it comes to production, the Ilmenau-based company also offers CARY, another mobile robot with safety laser scanners from SICK, for the wide range of requirements in production processes. An autonomous mini-stacker, it successfully fills a niche in the transportation of loaded floor rollers – even and especially when they are loaded with very sensitive parts. The robots in this series can be easily integrated into existing intralogistics processes, either individually or in groups. 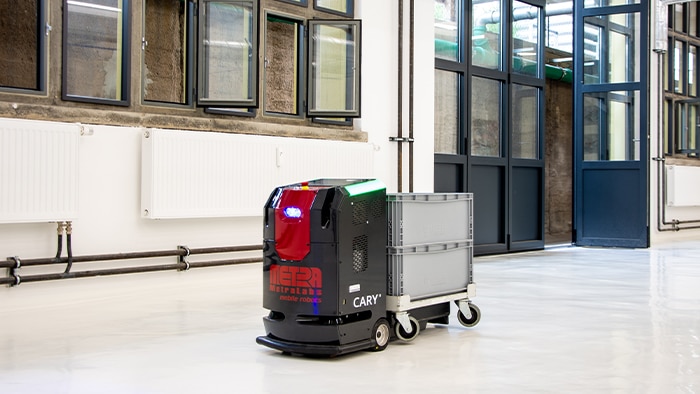 The example of MetraLabs makes one thing clear: As diverse as the fields of application of mobile robotics have become, the interest of bright minds in this booming industry is just as strong. “For years, we have been cooperating with Ilmenau University, among others, in research projects – the students’ interest in this is huge,” says Sabrina Greul-Nothnagel. This is cooperation that SICK also supports to the best of its ability in order to keep curiosity and the spirit of research moving, day in and day out.