When we all speak the same language, lots of things become a whole lot easier. But communication isn’t just important between humans. Communication between human and machine, robot and machine control, and application and cloud is just as vital. In robotics, the open source robot management software ROS is the perfect universal language for meeting these challenges. The software can be used to program applications and control robots, while the language itself is shared and developed by experts all over the world. Two partners who use ROS language — and who are collaborating more and more closely as a result — are SICK and the Linz-based automation company KEBA. 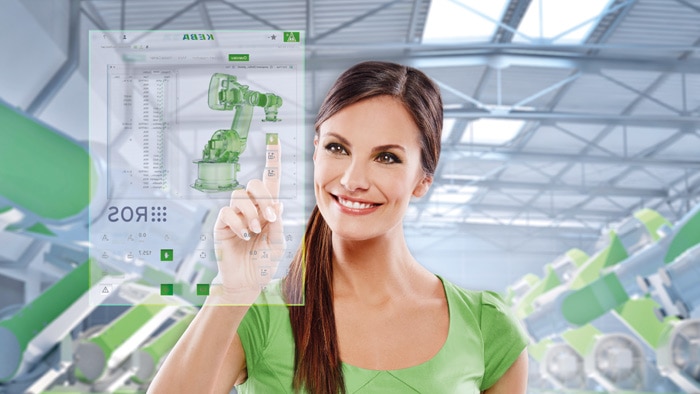 A single language for the world of robotics

ROS stands for Robotic Operating System and, as an Open Source Framework, offers a growing variety of features. ROS can be used in both industrial and non-industrial robotics applications and the ROS community, which comprises thousands of developers all over the world, provides a constant flow of new solutions. Alexander Barth of the Austrian company KEBA narrows ROS down to one simple formula: “It’s a give and take.”
Robotics applications are now more varied than ever before. The assembly lines of permanently installed robots already commonplace in industries such as the automotive industry have now been joined by a profusion of small, flexible systems. Lightweight and mobile collaborative robots known as cobots are emblematic of this development. An open source robotics platform provides the perfect stage for rapid penetration of these new markets. SICK with ROS notes and KEBA depend on innovations from the ROS community. With its KeMotion FlexCore control system and integrated ROS framework, KEBA offers a platform that delivers efficient solutions for all robotics applications. When asked about the unbeatable sense of excitement the community generates, Alexander Barth says: “Community not only makes sense in terms of collaboration—it’s fun as well!”

The future of robotics speaks with one voice

According to experts, ROS is particularly suited for small- and medium-sized businesses, as it makes the integration of sensors significantly easier. Alexander Barth says: “We’ve been working with the entire range of SICK robotics products, such as cameras and laser scanners, for decades. Previously, integrating a sensor involved a huge amount of work. Now it’s all done by the community.” SICK’s Senior Vice President for Factory Automation Thomas Stähler agrees: “ROS is the perfect tool for newcomers to robotics. For us, it’s also the perfect way of gaining access to the young generation, whether in apprenticeships or at university.” 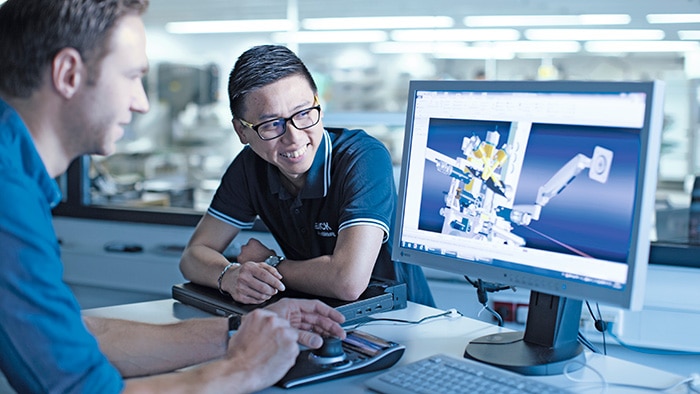 Access to new generations is one thing. But ROS is also paving the way for completely new applications. The new flexibility of the cobot is increasingly permeating areas where previously such extensive use of robots would have been unthinkable. According to Barth, ROS will have an impact even on “those processes that don’t need to run in real time and that mostly rely on sensors and cameras.” These include agricultural applications such as sowing, weed removal, or harvesting, as well as additional shifts for processes that no longer need to be done by humans and require manual reworking at most. The new mobile cobots, especially those mounted on automated guided vehicle systems, are conquering new spheres of operation around the clock, in all areas of industrial automation.

The sense of optimism is everywhere. And it’s no less palpable in the words of Alexander Barth, who points out: “In contrast to the view 10 years ago, we can now build robots for ourselves again.” Systems that were still prohibitively expensive just 10 years ago can today be brought online much more cheaply thanks to the community. In these fields, the trend is moving away from manufacturer-specific systems towards an open approach. Josef Zimmermann, SICK’s Technical Industry Manager for Robotics, adds: “It makes sense to work with standardized software interfaces—and across a huge bandwidth, from AGCs to six-axis robots.”

Working together as equals - Sensor solutions for Robotics