Pollution control with best available analytical technology: The Indian government is ambitiously pursuing environmental targets and cracking down on air pollution. Coal-fired power plant operators are retrofitting their plants with state-of-the-art technology to reduce pollutants. Analyzer systems from SICK come out on top of the technology benchmark defined by Indian environmental authorities and support the current movement to make industries cleaner.

Committed to international climate policy motives, the Indian government has tightened the limits also on emissions of sulfur dioxide, nitrogen oxides and mercury from coal-fired power plants starting in 2015. In addition, the government plans to produce 40 % of the country's energy without coal and oil. To this end, green energy is to be expanded accordingly by 2030. India's strong economic growth in recent years places high demands on a reliable and continuous energy supply. In the long term, there are also signs of an upward growth trend. Consequently, coal-fired power generation is likely to continue to play a dominant role in India's energy mix in the future − if only to secure base-load capacities. Due to enormous national reserves, the corresponding coal demand is more than covered. Comprehensive climate protection measures are intended to significantly reduce emissions.

Coal-fired power plants need to become cleaner. That's why operators are investing in pollution abatement systems and equipping plants with state-of-the-art environmental measurement technology. Exhaust gas Denitrification systems (DeNOx) and flue gas desulfurization systems (FGD), for example, insure that emission limits are met. Analysis systems at the inlet and outlet of the abatements systems monitor the concentration of the gas components. Based on the measurement results, technicians can check the removal and thus control and re-adjust the efficiency of the systems.

With their benchmarking, the Indian environmental authorities also support users in selecting the most suitable measurement technologies. The Central Pollution Control Board of India recommends different technologies that ensure reliable measurement quality. Many power plant operators choose UV-DOAS technology, which has proven to be the most suitable in terms of selection criteria such as response time, power requirements, data availability > 85%, and maintenance requirements. SICK is pleased to offer a portfolio of proven solutions that meet these requirements - including the GM32 in-situ gas analyzer. 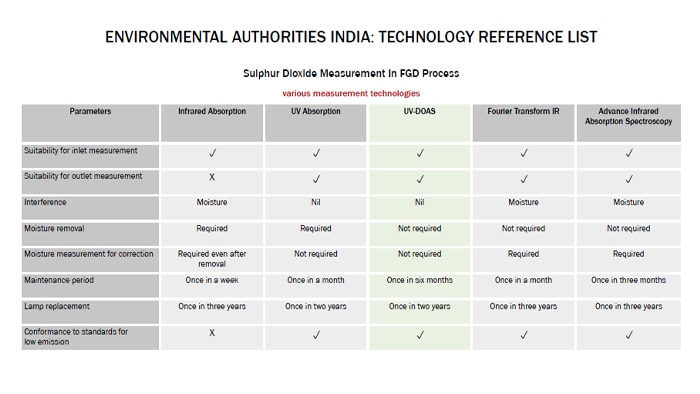 Measuring rather than calculating: Efficient greenhouse gas measurement directly in the stack 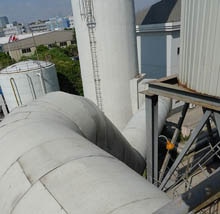 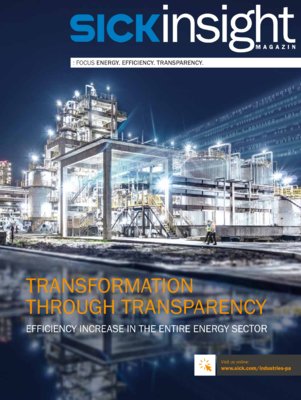