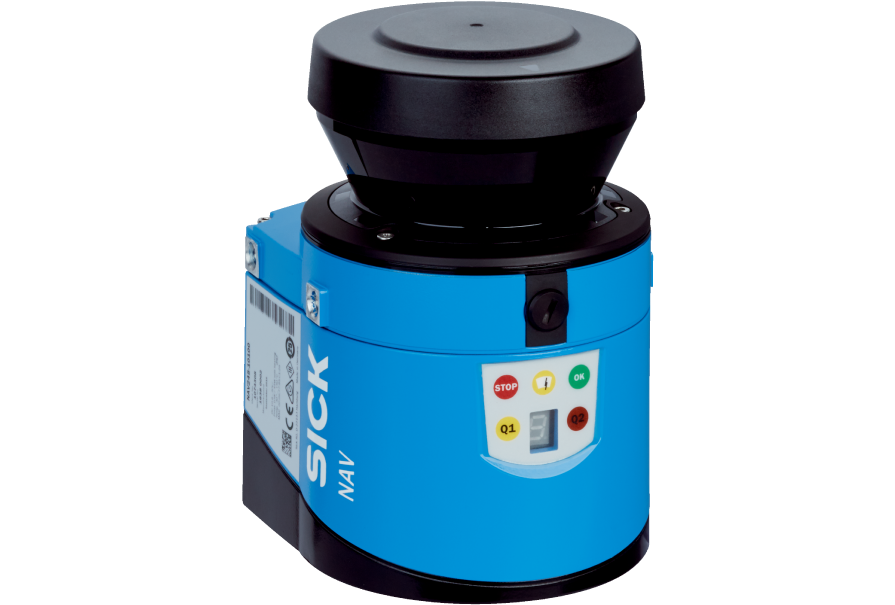 The NAV2xx 2D LiDAR sensors also work with precision and reliability in small and medium-sized vehicles. Thanks to its integrated heating, excellent vibration resistance, and enclosure rating up to IP 67, the NAV2xx even satisfies requirements for use outdoors or in cold storage. Priced to ensure outstanding value for money, the 2D LiDAR sensors support scanning ranges of up to 30 m on reflectors and up to 50 m on spatial contours. When combined with raw data collection, the technology even allows guided track-controlled vehicles to travel in areas where it is not possible to apply reflector marks (automated truck loading or block storage areas, for example). Integrated evaluation of measurement data reduces computing load in the vehicle computer – ensuring reliable position determination in real time.