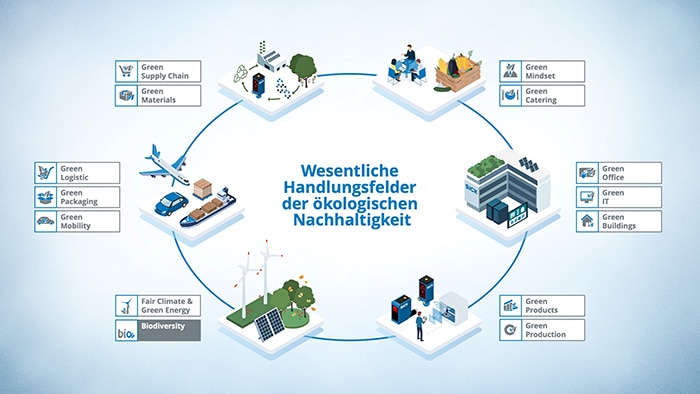 Biodiversity is the variety of species, habitats and genetic material. The gradual loss of this diversity is a challenge for society as a whole. To preserve biodiversity, action is needed at the global and regional, but also at the local level.

In these times of climate change and resource scarcity, SICK is aware of its role in society. It hopes to counteract the loss of biodiversity at the local level, and wants to be a role model for employees and customers. Imitation is more than welcome!

In the biodiversity initiative, ideas are developed and implemented to protect and increase biodiversity at SICK sites. In the first step in 2018, biodiversity potentials were identified at several company sites.

The goal is to give biological diversity a place to thrive in the green spaces at SICK sites. These should be a home for wild bees, butterflies, lizards, grasshoppers and many other types of flora and fauna.

Depending on suitability, individual habitats for insects, birds and bats will be established at different company sites. Many steps have already been taken, and they will be expanded in scope. Here are some examples: