The Seoul Metro forms the backbone of the city’s local public transport network. Every year the metro system in South Korea’s capital is used by millions of passengers. Almost all of its more than 300 stations are fitted with automated platform screen doors. The majority of these are monitored by 2D LiDAR sensors from SICK’s TiM351 product family. They only allow the automated doors to shut when there is no risk of passengers’ bags, rucksacks, or umbrellas becoming trapped in them.

The SICK TiM351 is a high-resolution area scanner that can reliably detect even small or narrow objects, regardless of their color or surface finish, in challenging environments. The scanners’ compact design and straightforward commissioning process and above all their almost 100 percent reliability and availability were the “door openers” for the operators of the Seoul Metro and their integration partners.

No worries for Mrs Kim

It’s Thursday evening and the rush hour in Seoul is in full swing. Mrs Kim is on her way home. After leaving work, she does some shopping in the stores in the metro station on line 2. She buys some food and a warm jacket which the friendly salesperson puts in carrier bag for her. On the platform, a few people are already waiting in line for the train. She has a brief look at the advertising on the platform screen door, then the train arrives, and the door opens automatically. The train is full and there’s only just enough room for Mrs Kim to get on board. The doors shut, but only when it is no longer possible for the bags that she is holding behind her as she boards the train to be trapped by the platform screen door or the train door. She is not aware of the fact that a SICK TiM351 2D laser scanner is monitoring the closing of the doors, as it does every time she travels on the Seoul Metro. There’s no need for Mrs Kim or the millions of other passengers to worry about their belongings getting trapped in the doors.

Seoul is just one of many large cities and metropolitan areas throughout the world which would come to a standstill without its local rail system because of the constantly growing numbers of cars on its roads. Hundreds of millions of people in countries all over the world use public transport systems of this kind. Many metro stations in cities like Seoul have turned into shopping malls and also offer other services. The large numbers of passengers passing through the station concourse represent an important market for food retailers, cell phone service providers, boutiques, and restaurants. The demand for public transport services is growing, together with the need for greater comfort, safety, and well-being on platforms, for more frequent, punctual, and reliable trains, and for sustainable, cost-effective stations below and above ground.

Mechanical systems that separate the platform from the track and are fitted with automated platform screen doors monitored by sensors make it possible to achieve all of these objectives simultaneously. They protect passengers as trains arrive and depart and they shield the platform from the pressure wave generated by trains passing through the station. The doors allow the architectural design of the stations to be made more appealing through the use of video walls, the layout of the lighting, the installation of air conditioning, and the choice of colors for structural elements. Automated platform screen doors also enable the flow of passengers to be managed more efficiently and the time spent by trains in the stations to be reduced. This in turn improves train punctuality and allows for more frequent services. Finally they also make stations both below and above ground more future-proof, by providing the necessary technology for automated train systems. 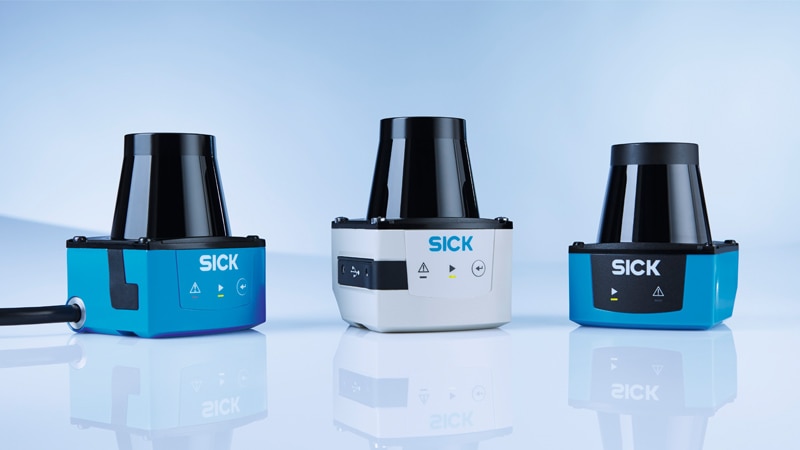 The scenarios described here for the current and future use of automated platform screen doors all require one thing: the highest level of reliability, ideally 100 percent. Depending on the length of the station platform, between 20 and 30 doors may be opening at the same time. In the case of “only” 99 percent reliable operation, one in every three trains would be delayed by a fault in the door system. It’s hard to imagine what this would mean for the punctuality and capacity of the entire public transport network in Seoul, with more than 300 stations and thousands of trains in the metro system.

For this reason the operators of the Seoul Metro and their integration partners spent months testing different sensor solutions for the automated monitoring and control of the platform screen doors. Light grid systems were rejected at an early stage of the testing process. They are too difficult to install and set up. They are also prone to contamination and misalignment from external environmental influences, which means that they require high levels of maintenance. In addition, their resolution, which is determined by the distance between the individual beams, can lead to narrow objects such as umbrellas or crutches not being detected. Finally, when used as an individual system they can only monitor the optical level in parallel with and directly behind the platform screen door, but not the space between the locked train door and the closed platform screen door. Two-dimensional proximity scanners do not have these disadvantages, but not all sensors of this kind are suitable for this type of application. Factors such as inadequate ambient light immunity, undetected dirt on the lens leading to the risk of a sudden failure, limited mechanical and electrical reliability, and the lack of compliance with national standards can be used to separate the wheat from the chaff.

Only the TiM351 from SICK met all the operators’ requirements and expectations. This is a 2D-sensor that uses eye-safe infrared light in laser class 1. As a result, no special protective measures are needed for the platform screen doors. The reliability of the TiM351 comes very close to the 100 percent mark, because of its advanced technology anad technical features. Therefore, the operators of the Seoul Metro decided that it was “curtain up” for the TiM351. More than 10,000 of these 2D sensors are now installed in the metro stations. But the success story has not yet finished, because not only all the metro stations in Seoul, but also all the rail stations throughout South Korea are to be fitted with automated platform screen doors.

From micron to mile. In all dimensions.