Heat and electricity for all of Kuopio – and verifiably lower emissions

Kuopion Energia is using the MCS200HW multi-component analyzer system to monitor its emissions. The old testing system installed in the stack has been replaced by a new analyzer system with sampling capability that is significantly more versatile and low-maintenance in operation. This enables the Finnish city of Kuopio to be reliably supplied with heat and electricity. 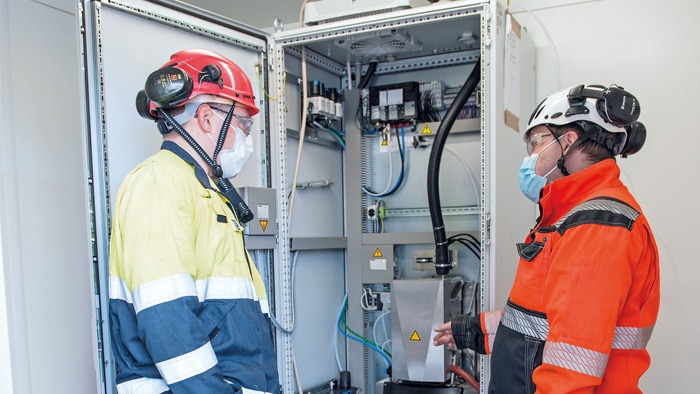 According to the website of Kuopion Energia, the heat generation of the Haapaniemi Power Plant on a mild morning in late March is 146 Megawatt (MW) and the electricity production 45 MW. The production during the night was presumably even a little higher than this because the temperature was still above the freezing point.

The proportion of peat in the fuel in Haapaniemi has decreased over the years. Today, wood-based biofuels make up over 60% of the fuel used. The wood fuels comprise forest waste and agricultural by-products. They are mainly sourced within a radius of 150 kilometers of Kuopio and delivered to the power plant.

Kuopion Energia’s district heating network covers most of the city center of Kuopio as well as several kilometers south and north of the city. The power plant produces approx. 900-1,000 gigawatt hours (GWh) of heat and 300-350 GWh of electricity. On cold winter days, over 100 truck loads of fuel are delivered to the power plant daily. 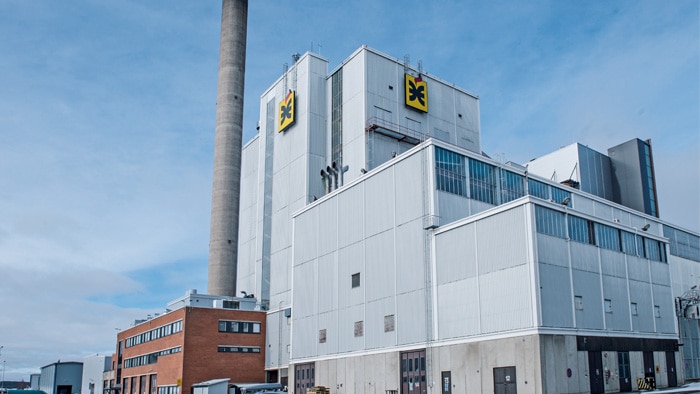 Investment in a cleaner production

“A power plant needs to be continuously modernized,” says operation manager Samuli Räisänen from Kuopion Energia’s energy production department. “Our second boiler was commissioned in 1982 and modernized in 2013 in order to comply with current emissions laws. The second boiler is characterized by its flexibility and also operates very well at partial capacity. A flue gas scrubber, which was originally used to remove sulfur, was installed in the boiler in 2015. The scrubber also delivers a considerable quantity of energy when the temperature of the flue gases is reduced to 40-50 °C rather than the previous 150-160 °C. We obtain approx. 50 MW of thermal energy from the condensation and, depending on the volume of flue gas, even up 70 MW. This amounts to an annual fuel saving of 200-250 GWh, i.e. approx. 15% of the fuel consumption of the entire power plant. All this also reduces the overall primary emissions as we are consuming less fuel.”

Last year, a 15,000 cubic meter capacity district heating accumulator was also completed in the power plant which increased the flexibility and operational reliability of the power plant according to Räisänen. The accumulator makes it possible to optimize the electricity and heat production for the time-of-day-dependent electricity prices and to reduce the consumption of fuel, e.g. oil, at peak times during temporarily colder periods. 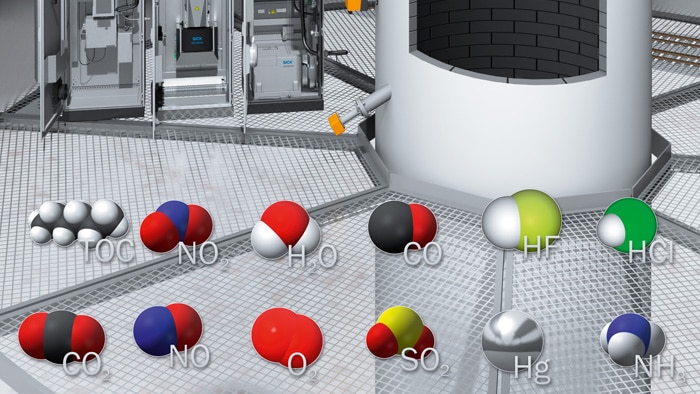 The SICK analyzer system installed in the stack of the second boiler has been operating since 2004, so was already in need of replacement on account of its long service life. Furthermore, the renewal of the environmental approval in 2019 and new government regulations have imposed new measurement obligations.

“For a system with sampling capability, all that is required is to install a sampling probe in the stack that directs the gas to be analyzed to an analyzer system in a small container on the ground,” explains Räisänen. “We were a bit doubtful about the reliability of the sampling at first, but after a thorough test run organized by SICK we found that there were no blockages or any other problems. The sample was drawn using a maintenance-free ejector, which made it unnecessary to use a pump requiring maintenance.”

The SICK MCS200HW analyzer system was put on the market in 2019 and SICK subsequently presented it to Kuopion Energia. The model name “HW” stands for “Hot Wet”. In practical terms, this means that the entire gas transfer path from the measuring probe onwards is heated to a temperature above the dew point in order to measure the water-soluble gas components and avoid condensation. This ensures the gas components are not washed away and no corrosion occurs.

The design of the MCS200HW multi-component analyzer system is based on a single-beam infrared photometer (NDIR) using both interference and also gas filter correlation methods. The system can simultaneously measure up to ten infrared-active gas components (HCl, SO2, NO, NO2, CO, CO2, NH3, N2O, H2O, CH4) as well as the quantity of oxygen (O2) and total organic carbon (TOC).

The system has internal calibration filters that perform automatic quality assurance according to QAL3 requirements. No special test gases are required. The system can be configured for the particular gas components to be measured. The result is an economical and reliable system tailored to the requirements of the user. 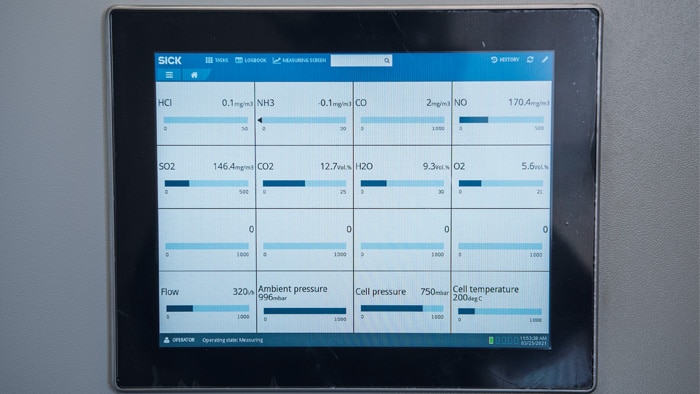 “We expect an analyzer system to meet the government requirements, be easy to operate, and function reliably”, says Räisänen. “The analyzer from SICK meets these requirements perfectly. The overall emission measurement package is supplemented by the FWE200 dust measuring device and the FLOWSIC100 gas flow measuring instrument. We concluded an annual maintenance contract for the SICK devices and have not yet required any additional maintenance visits. We have a good relationship with SICK and over 15 years of experience now with their good service.”