Electromobility as a driver of innovation

More and more vehicles are relying on electric motors instead of combustion engines and “intelligence” is increasingly being built into vehicles. Developments in the area of electromobility are having a massive impact on industry as a whole. It is not only automakers and suppliers that are calling for new production concepts and processes. They are also being demanded by machine tool manufacturers, the handling and assembly technology, and the battery production.

Automakers and their suppliers are having to develop new knowledge and capabilities in addition to their established areas of expertise (such as interiors, tires, or body construction). New components – such as powerful batteries, electric motors, and the corresponding power electronics – are making their way into vehicles and have to be produced and assembled using a high degree of automation. At the same time, we are seeing a rise in the number of different components per car. However, this increase in components and parts also means that they have to be reliably detected, checked, and identified in larger quantities.

Flexible management of all kinds of components:

Safe human-robot collaboration in the production of electric motors

Safely increase the productivity of work stations with PSDI function 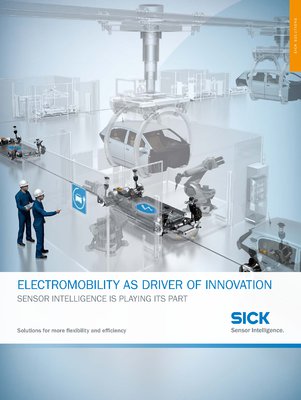 ELECTROMOBILITY AS DRIVER OF INNOVATION

Do you have any questions or would you like a personal consultation?