It is no secret that data are the basis for Industry 4.0. But what does this actually mean for real production processes? The vision of the smart factory, and the transparent flows of information necessary for it, is already presenting decision-makers with a wide range of challenges. As part of a joint project, SICK implemented interoperable sensor communication for digitally supported production processes at the Center Connected Industry. 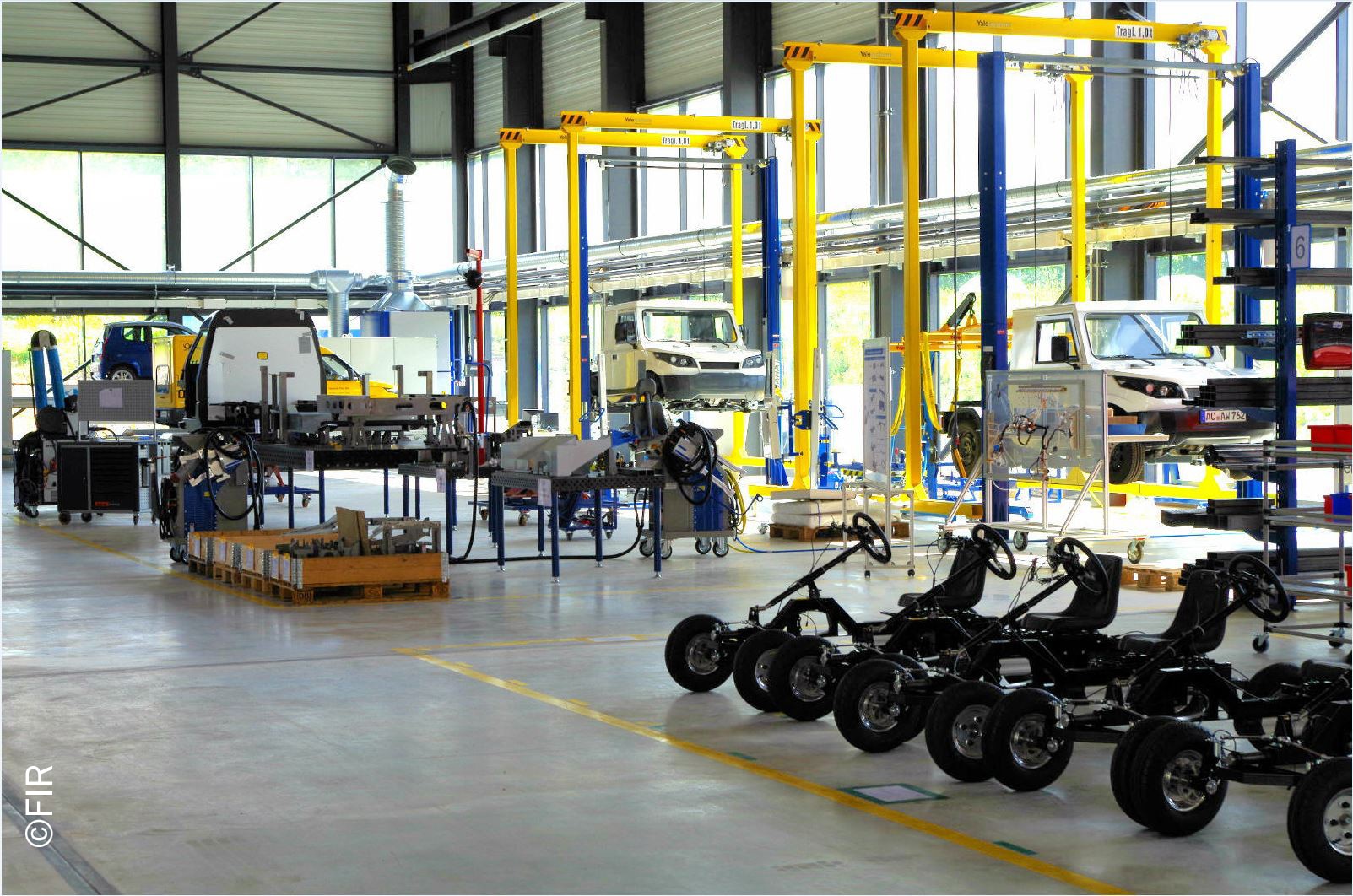 Ideally, the uniform control of networked production processes is a prerequisite for Industry 4.0. This is presently made more complicated by the often heterogeneous system environment found in the production facilities of many companies as a result of their past growth. Up to now, the focus has been on seeking an optimum, and thus mostly local, solution for individual production stations and the current intended task. These systems must communicate with one another harmonically in future in order for Industry 4.0 to become reality. This requires standardization of the interfaces. Standardized interfaces make a crucial contribution towards increased efficiency and towards optimizing the throughflow times of production orders. Whereby the production processes must be reflected digitally – completely and consistently. There must be a virtual digital twin of the production plant and each work-piece: passing through the same stations as its real, produced, opposite.

The Wireless Kart Trace industrial consortium project represents a digitally supported assembly process in go-kart production in the demo factory at RWTH Aachen University. It is an example that shows the advantages of interoperable sensor communication. The model system presented there is based on real-time data capture that uses unambiguous identification to detect the assembly of incorrect parts or of correct parts in the wrong location. The assembly worker is led through the processes by means of interactive process visualization with a virtual 3D model. 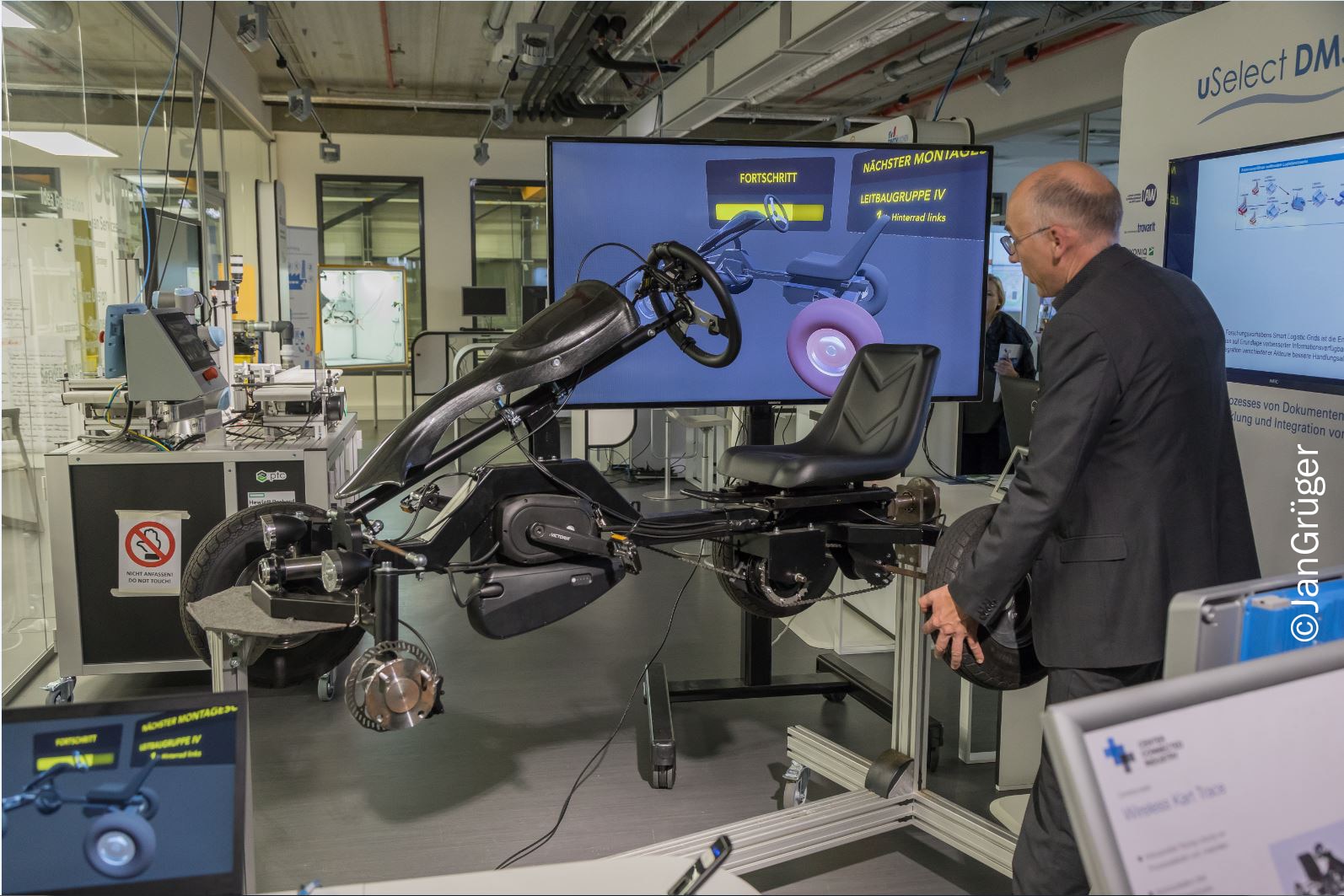 The digital twin reports the state of its real opposite along the entire assembly chain. The information from each individual assembly station also flows into the process. RFID UHF technology forms the output basis for identification, positioning and integrated testing. It is thus possible to check whether the particular component is actually included in the bill of materials and whether assembly of the parts is taking place in the right sequence. The correct assembly location can be determined by means of a measuring RFID reader with angle detection of the tag to the reader, and is depicted in the 3D model of the go-kart.

Another special aspect at the Center Connected Industry in Aachen is that Ericsson’s fifth-generation mobile communication technology (5G) is already available. This has been implemented in the project and tested as a data connection for the factory automation of the future.

The basis for interoperable sensor communication, i.e. for guaranteeing the smooth interplay of the individual components, is the event-based architecture that encodes sensor messages in EPCIS production events and provides feedback via the OPC UA channel. This means that the process participants communicate with the network using EPCIS  (Electronic Product Information Services) implemented in the device and via the OPC UA standard interface, enabling transparent assembly processes through the time-related logging of events and the cross-system availability of the data. Different ERP systems can call up and process the data with these standards. This opens up new prospects regarding the range of the networks. From the networking of individual production processes, through connection to a company’s own ERP system, to the integration of external IT systems, e.g. those of suppliers and distribution service providers.

Industry 4.0 is not rocket science. But we must re-think and dare to consider new horizons in system networking. Industry 4.0 needs a highly developed and flexible system infrastructure with interoperable and mobile interfaces in order to provide relevant information directly to the relevant systems or users. The digitally supported assembly process in Aachen shows that this is possible.

Andreas Höll has been employed at SICK since 2001. Initially in the field of secure network integration and, since 2007, as Technical Industry Manager in the Factory Automation segment, concentrating on Automotive.