During peak periods, considerably more than one million glass bottles per day are produced on machines from Heye International in the glass container production unit of a glassworks. Detection and counting in the high-speed flow of bottles is not the only challenge for SICK’s WL12G-3 photoelectric sensors, but also the extremely harsh operating conditions. Bottle temperatures of more than 600°C together with radiated heat ensure that the sensors and reflectors installed next to the conveyor section also get a good toasting.

The WL12G-3 ClearSens glass photoelectric sensor and the high-temperature SW50 reflector form a heat-resistant and highly available “best-in-glass” system solution at Heye International. Whereby the challenges grow with the combination of critical operating conditions: in the glass container production unit of Heye International the sensors must simultaneously withstand high ambient temperatures, heavy mechanical stresses, soot particles, glass dust, the finest of oil particles and water vapor in the air, as well as the effects of chemical materials such as hydrochloric acid.

Heye International: “We are Glass People”

Heye International GmbH in Obernkirch in Germany underlines its position as a worldwide leader in the area of services and technologies for the glass container industry with its motto “We are Glass People”. Among other things, the company (which has been part of the internationally active Ardagh Group since 2003) produces machines and equipment for the efficient production of glass containers under the brand name HiPERFORM. 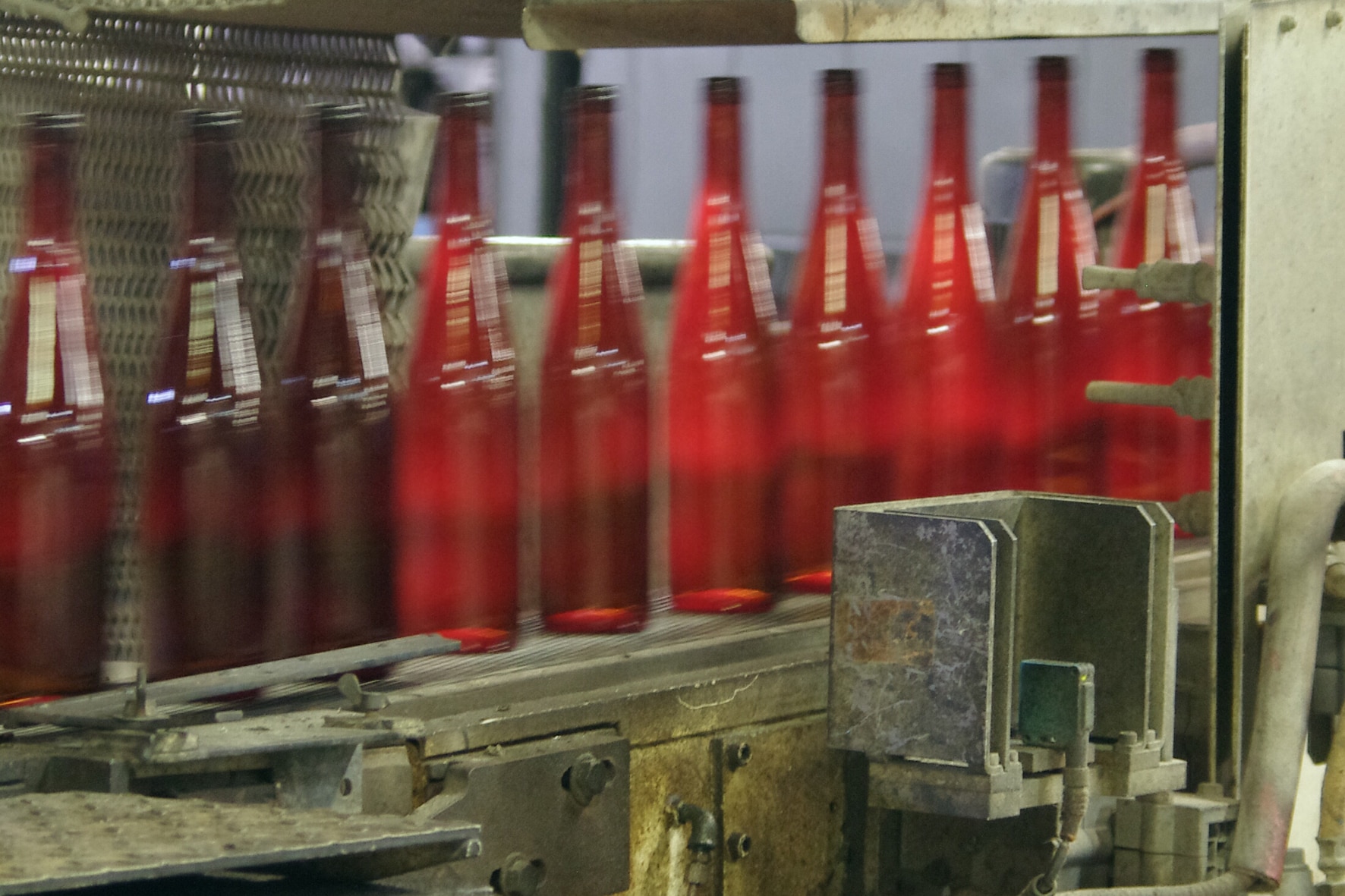 From a liquid glass melt at more than 1,000°C, the production machines form more than one million bottles during peak periods in three-shift operation. When these are transported to the next process steps as a continuous flow of bottles they are still at temperatures of up to 650°C – and raise the ambient temperature to more than 120°C. Apart from the heat, sensors that have to count and monitor the flow of bottles under these operating conditions must cope with foreign particles and dampness in the air, as well as with the heavy vibrations of the machines.

Heye International considered various alternatives in their search for suitable sensors. “Non-optical systems proved unsuitable because their operating distance was too short, their dimensions did not fit, their detection quality was not convincing, or their response times were too long. But the opto-sensors also had restrictions: through-beam photoelectric switches were undesirable due to the double mounting and installation work for the transmitter and receiver; and photoelectric proximity switches were rejected principally because of their operating distance and the critical surfaces of the glass bottles shimmering due to the heat,” according to Roland Hackenjos, Product Manager of Industrial Sensors at SICK.

The WL12G-3 ClearSens glass photoelectric sensor from SICK, in combination with an SW50 high-temperature reflector, proved to be the “best-in-glass” solution. It is mechanically very robust and resistant against numerous aggressive media as a result of its metal housing with an enclosure rating of up to IP 67. The maximum operating ambient temperature is specified at a safe +60°C. In fact, in constant operation at Heye International, it withstands temperatures of more than +80°C mounted behind a heat shield. With a specified switching distance of two meters in this application, this autocollimation sensor ensures reliable detection and offers high functional reserves, for example if deposits form on the sensor optics. The switching frequency of the photoelectric reflex switch is 1,500 Hertz, guaranteeing reliable detection and counting of the individual bottles in the transport flow. The reflector comes into play here because there are also high temperatures at its mounting location on the opposite side of the bottle flow from the sensor. Standard plastic reflectors would quickly melt and distort due to the intensive heat radiation. “The SW50 high-temperature reflector does not pose this risk because the borosilicate glass used in the anodized aluminum mounting frame withstands constant temperatures of up to 300°C,” explains Roland Hackenjos. 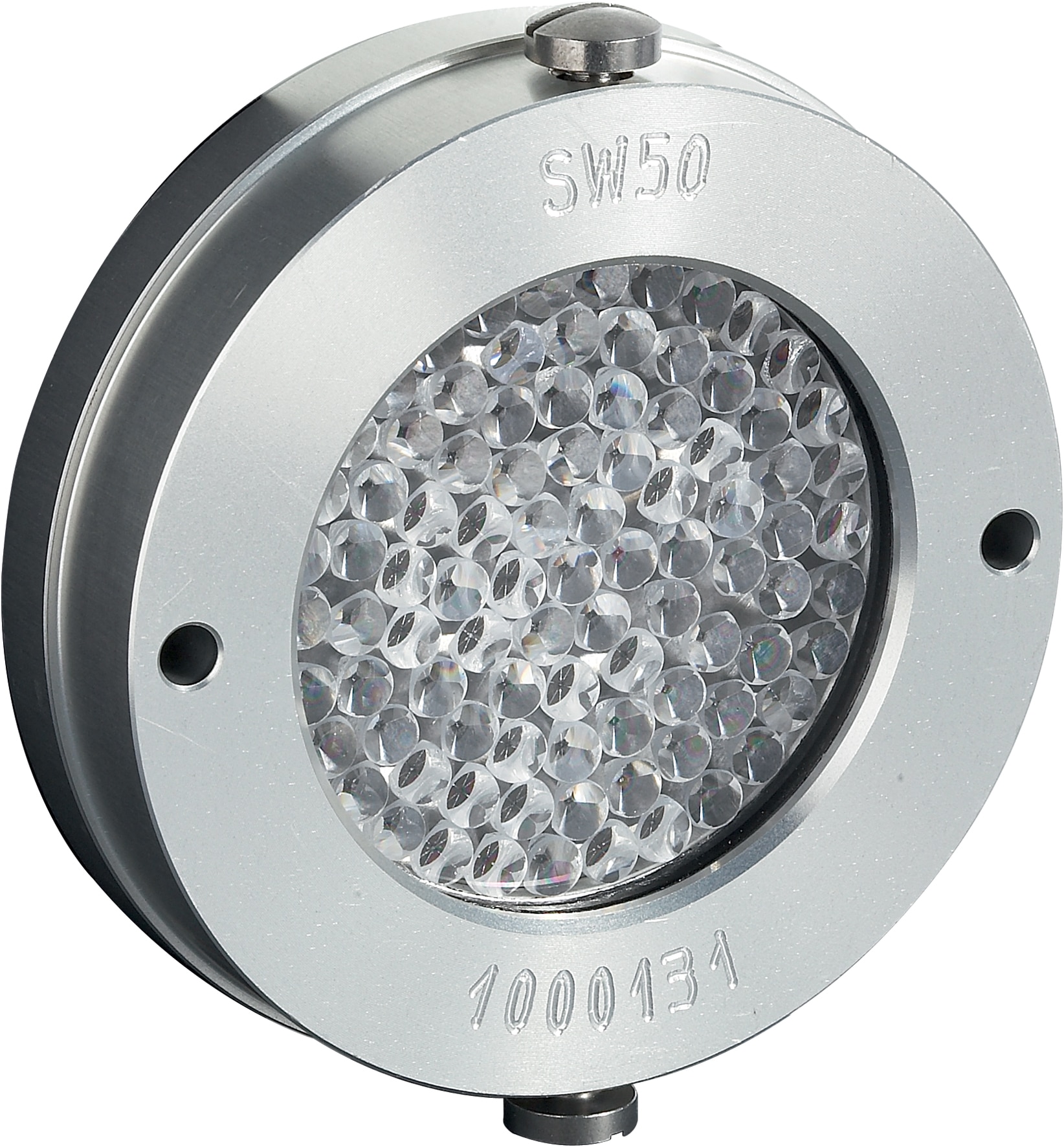 And, finally, from experience Heye International places great worth on the user-friendliness of the sensor. The bottle and glass container machines are in use 24/7, so it is also important to be able to operate the sensor during the third shift, i.e. without the need for a servicing technician.