The Tele2 Arena in Stockholm is a stadium with a retractable roof. The benefit for spectators in the stadium and television viewers: There are no shadows on the playing field, when the roof is fully open. Further the stadium can be used for concerts and even ice hockey matches. POMUX® KH53 linear encoders from SICK determine the exact position of the roof halves when opening and closing. 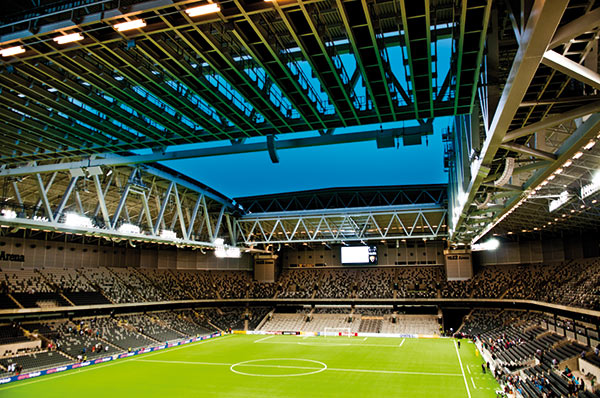 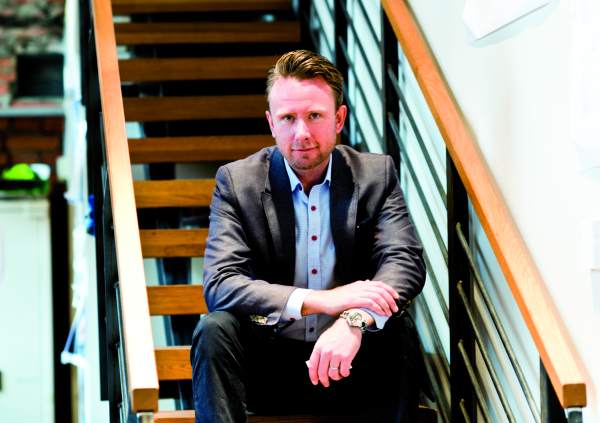 The stadium was also not allowed to be much taller than the "equator" of the neighboring event center, the Ericsson Globe. The solution was an asymmetrical shape with four 40-meter-high pylons positioned in each corner to support the entire weight of the construction. The arched support structures along the long sides span 210 m in total and each structure weighs 1,600 metric tons. The welding work took 10,000 hours to complete. On the support structures rests the retractable roof, which is made up of two halves and has a total weight of 1,344 metric tons. The roof construction can withstand the same weight again in snow, plus 100 metric tons of extra weight to cover lighting and sound equipment at performances and shows, for example. 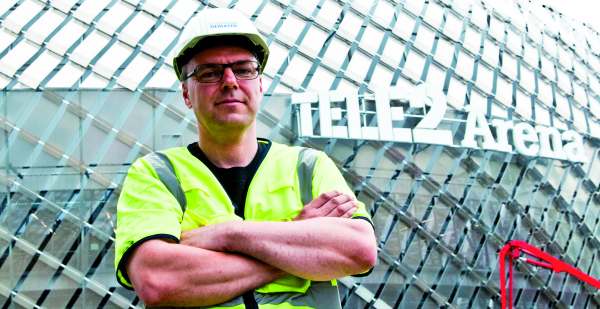 "It is an enormous mass and we move it very slowly," says Joakim Brännlund, head of the project department at Dematek, the company that designed and built both the drive technology and the trusses for the retractable roof.

The roof is opened using its own weight and closed by means of 4 hoisting winches in each corner of the roof. In order to open and close the roof in a safe and controlled manner, the control system must know the exact position of each half of the roof. The roof spans 70 m in total. The difference between the corners, the distortion tolerance, must not exceed 150 mm. If this tolerance is exceeded, the emergency brake is activated. "We normally take the measurements on the hoisting winches, but in this case the cables are too long. We are pulling with 100 metric tons in each corner and the cables stretch two meters with an inclination of 14 degrees before the roof begins to move upward. However, as the distortion tolerance between the corners is limited to 150 mm, it was clear to us that we would need some kind of ruler at this point," says Joakim Brännlund. 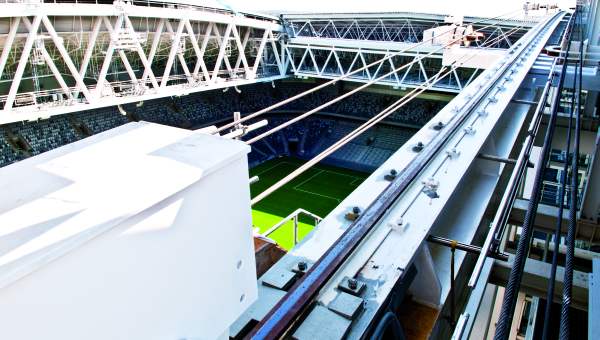 It became apparent that the POMUX® KH53 linear encoder demonstrated the necessary functionality and technical performance. 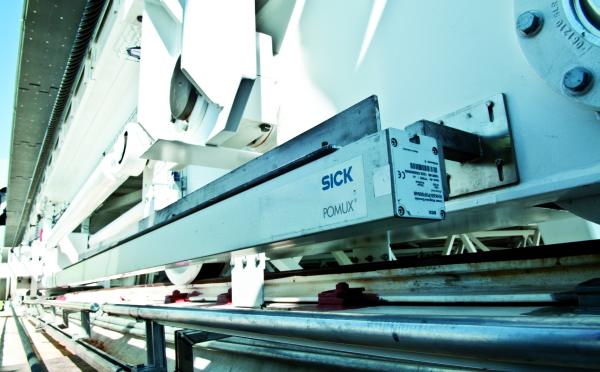 Two read heads were mounted on each half of the roof - one in each corner where the pulling cables are attached. Measuring elements in the form of aluminum rulers with built-in permanent magnets were installed along the entire length (108 m) of the long sides. As soon as the roof moves, the magneto-resistive sensors in the measuring heads scan at least three permanent magnets continuously and determine the absolute position to an accuracy of 0.1 mm. In this way, each corner can be pulled with the right amount of force. This is a non-contact measurement, which means that it cannot be influenced by the weather. 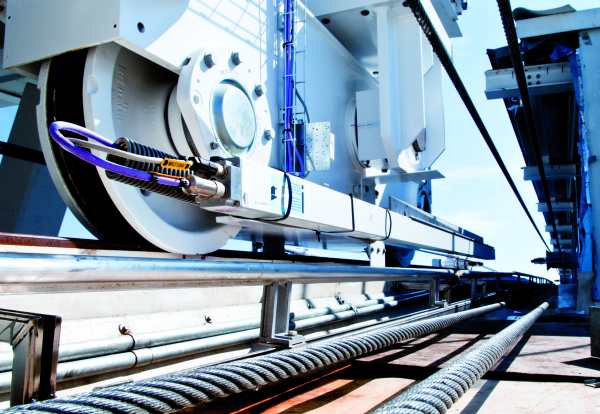 There is no doubt that the new stadium is a success. The White architectural practice won the 2013 Plåtpriset design prize for its facade design, WSP won a prize for the design of the electrical system, and the stadium has been nominated for more awards besides.