"Louise" has an important job in the cement plant Holcim in Siggenthal, Switzerland. She is a bunker discharger in such a way as to achieve optimum discharge of limestone and marl as well as even charging of the grinding gear. Until now, a staff member had to go into the facility to determine the exact position of "Lousie". But nowadays distance sensors from SICK are able to detect the position and apply corrections to the plant control quickly. 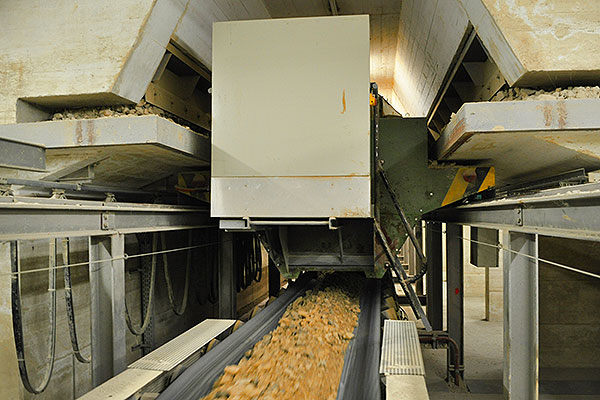 A Louise, as it is called by the employees at the cement plant probably after its producer, is a bunker discharger with the help of which one can evenly extract materials with difficult flow properties from a storage, stockpile, bunker, or a mixed bed. Within its extraction channel, the transport system weighing several tons can move in both directions of travel in order to distribute materials such as limestone or marl evenly on to a conveyor belt - just as it happens in the Siggenthal cement plant, which sees use of six Louise cars at the same time.

Holcim (Switzerland) AG is a subsidiary of Holcim Ltd, an internationally operating construction material group and the largest cement manufacturer in Switzerland. About 40 concrete plants are producing more than 1.5 million cubic meters of concrete every year - which constitutes a significant market share. The source material, cement, is manufactured at the three cement plants in Eclépens, Untervaz, and Siggenthal - approx. 2.6 million tons a year. In addition, roughly 20 gravel pits and quarries provide six million tons of grit, sand, and gravel. A system and solution provider in the area of construction materials, Holcim (Switzerland) AG deems reliability in delivery particularly important. This is reflected in the processes associated with cement production, e. g. the charging of the grinding gear used to crush limestone and marl.

The feeding of material takes place by means of the total of four conveyor belts approx. 65 meters in length with a capacity of up to 320 tons an hour that are filled by one Louise, explains the person responsible for the project, Roland Jehle, a long-standing employee from Electrical Maintenance at Holcim. The question of where the Louise is positioned at any given time is of crucial importance during the extraction process, for the discharger must charge the conveyor as homogenously as possible, depleting the mixed bed evenly in doing so. For that purpose, it was necessary for the control center to know where the Louise is located in the extraction channel at a given time, says Roland Jehle. Until now, a staff member had to go into the facility to this end in order to determine the exact position and apply corrections to the plant control. Of course, in the context of increasing automation of plants, this is neither up-to-date nor efficient.

Consequently, Holcim wished to detect the position of the Louise at any given time, highly accurately and above all, fully automatically, with the help of a suitable sensor solution, in order to be able to manage the discharging process directly from the control center. Due to the long measuring path along the discharging channel, the dusty environment, and the severe vibrations within the system, we attached particular importance to a rugged, wear-free, and highly available sensor, Roland Jehle describes the requirements in terms of device technology. Following consultation of SICKs homepage and advice by Philipp Birrer, Product Manager for distance measuring devices at SICK in Stans, he decided in favor of the DMT10-2 long range distance sensor. 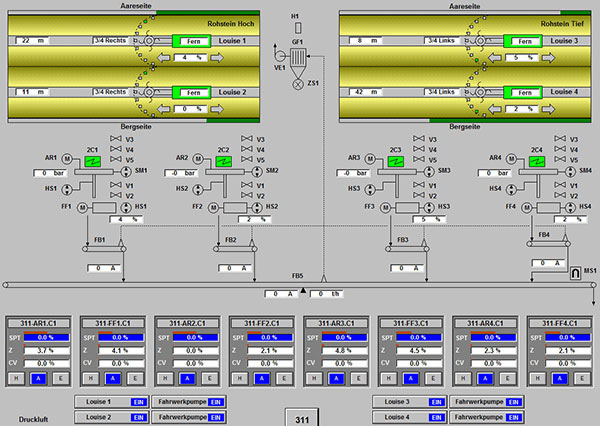 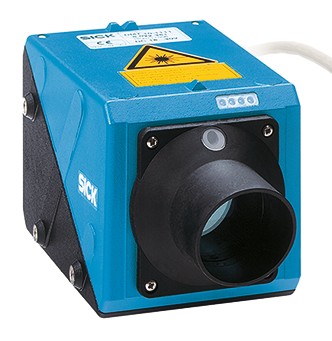 Featuring a measuring range of 155 m, a metal housing with an IP 65 enclosure rating, as well as a high level of resistance against shocks and vibrations, the DMT10-2 meets all of Holcims measurement and operational requirements. Mounted to the housing wall at the end of the extraction channel, it directly detects the front side of the Louise, determines via time-of-flight method its exact position within a matter of milliseconds, and outputs the measured data directly to the automation system at the control center by means of a PROFIBUS interface. Using this information, one can now remotely control where a Louise should extract raw material from a mixed bed, transferring it in a process-optimized way to a conveyor belt. Commissioning of the DMT10-2 was very efficient and simple, says Roland Jehle as he looks back. Employees in our maintenance department installed the distance sensors, completed the electrical connections, and, using the pilot laser beam, were able to align them without any problems to the Louise carts - managing all of that without having to interrupt ongoing plant operations. 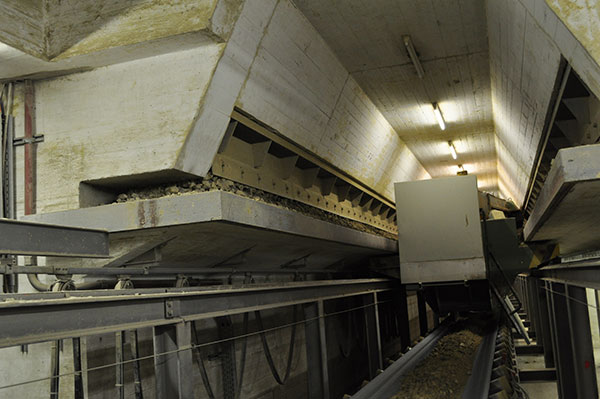 For about half a year, the long-range distance sensors have been busy in precisely positioning the Louise carts, twenty-four-seven - without any problems whatsoever. The four sensors from SICK operate completely trouble-free, Roland Jehle provides a positive testimonial for the DMT10-2s. Even in the dusty environment, they stand the test, and we never had to clean them or remove dust from them. Thus, the solution proves long-lasting - fueling appetite for more at Holcim. If the solution continues to work as accurately and unproblematically, one could also use it for the bulldozers in the quarry, Roland Jehle looks forward to the future, a future that is probably not too distant.